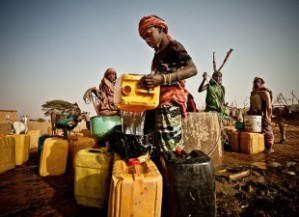 The concept of “Gender Mainstreaming” is based on the assumption that any action has a gender specific impact and that every activity shall consider female and male aspects, respectively. “Mainstreaming a gender perspective is the process of assessing the implications for women and men of any planned action, including legislation, policies or programmes, in all areas and at all levels.” (Source: United Nations Womenwatch). Against my personal background, I knew the term in relation to development programmes and specifically in the context of water management issues in Africa (see picture on the left and the link as a reference). Well, the following event clearly demonstrates that “Gender Mainstreaming” is in any case an approach to be considered globally – and that it cannot be limited to activities run in developing countries. Althought based on a Swiss happening, the subject of discussion might be of interest to any person living in a Western country:

Recently, the Swiss National TV announced the launch of a new television series titled “Die Schweizer” (English: The Swiss). It potrays six personalities that influenced the Helvetic history over the last centuries. The documentaries seek for answers to the questions “who are we?”, “where are we coming from?” and “what does Swiss mentality mean?”.

Surprisingly, only male historical figures are documented. As a result, a chorus of disapproval rushed through the television audience – led by both, men and women. During the last weeks I followed the debates on social networks, news platforms etc. And the outcome of the debate makes me thinking a lot. Honestly, I could not avoid getting annoyed from time to time. Hence, in case this post has a touch of offence against male world I apologize since this is not the purpose of this post and offence is not a useful approach. At the same time, as I am myself part of the female population I beg your understanding for feeling sometimes affected by this everlasting debate.

As a quintessence of the debate, many people think that women did not significantly contribute to the development of (Swiss) history. This as a sad matter of fact because women were over many centuries not allowed participating in politics and hence in the “making of history”. However, although women were inhibited from participating in politics and science they did not spend their time idly. Instead, women made women’s history! And women’s history is significant for the development of any country. Without female history, countries would go down into history as nationalities without the woman’s right to vote or women with university degrees, maternity insurances as part of the regulatory system etc. Aren’t these striking achievements of national history? In this sense, the fact that many of the discussants are of the opinion that there are no female figures who significantly shaped the Helvetic history leads to the sad conclusion that female history is still not acknowledged as part of historiography.

Incidental remark: I think that the definition of “historiography” is debatable. What factors – besides politics – create “history”? Such discussion would definitively go beyond the scope of this blog. However, researches in the web demonstrate that there is an ongoing discourse about “what is history?”. Remarkably, you will discover that most of the contributions to this discussion are made by men – what brings us right back to the starting point of this discussion – the gender issue.

Another very interesting argument I came across was stated by a spiritual minded person saying that “gender is a body-bound phenomenon” or in other words “the human spirit is free from any gender”, thus any debate about gender equality is redundant. I partly agree to the spiritual aspect but not to the conclusion of redundancy. If equality is not manifested physically there is little chance that mankind will pass through a mental evolution to come to enlightenment – or lets say, the understanding that our spirit is not bound to any gender must be a logical consequence of experienced gender equality – and vice versa. By the way, it is my personal perception that both, male and female principles are inherent to the human being.

Drawing an overall conclusion: All of the statements (as well those not mentioned in this blog) have in common that Gender Mainstreaming is a Mind-Set-Thing. Besides it is shown that we have to be attentive to its compliance globally as disregarding easily creeps into our lives e.g. by means of a trivial issue such as a TV program. 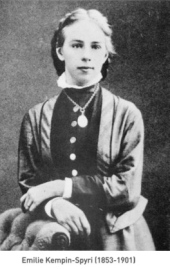 Hopefully, once we will be able to take this topic to a higher level, in a way that history will be acknowledged to be a product of both gender, made by men and women in a constructive-minded collaboration.

(Picture on the right: Emilie Kempin-Spyri as an example for “a woman who made women’s history”. She was the first woman in Switzerland to graduate with a law degree and to be accepted as an academic lecturer. In this regard, she paved the way for the next female generations to get access to University education.)